HTML5: A Convergence in the SIP Force?

In Star Wars Qui-Gon Jinn tells the Jedi council that he has discovered a convergence in the force, but sorry Master Windu, it is not around a person but around HTML5. For those not in the know about HTML5, it is the next version of the Hypertext Markup Language which is the foundation for the World Wide Web we know today. 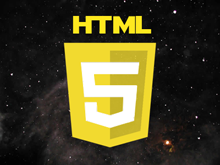 It has been a long time since the last version came out, but the World Wide Web Consortium (W3C) has been working closely with various companies (like Google, Cisco, Sony) to bring about an update which fits more in line with how users are using the web today. As part of this new up and coming standard is the introduction of video, audio and advanced graphic capabilities that are challenging proprietary technologies such as Flash.

What does this mean for SIP Softphones and the communication space in general? Well several companies, such as Cisco Systems, have already talked a bit about the development of over the top applications utilizing HTML5 to provide a future where video/audio can easily be initiated through the web. Imagine making standard phone or video calls through existing SIP providers over a browser such as Chrome or Firefox. If you tie this in with social media contacts the customer has already created through Twitter, Facebook, LinkedIn and the rest of the empire, you can easily see how the SIP Client landscape will be drastically changed.

This concept is quickly becoming a reality and is certainly making it easier for SIP providers to create a one stop shop on the web for customers to make phone calls. These web calls can be made through any desktop or mobile device (such as the iPad or smartphones) without incurring large telephone costs. No more pesky long distance calls back to mom on Tatooine!

Many of the popular web browsers on the market today, lead by Google’s Chrome browser, have made huge strides in getting HTML5 standardized through the W3C and implemented on the web. Merge this with powerful technologies such as CounterPath’s NomadicPBX and service providers might be able to provide customers with simple phone calls with little cost while at the same time avoiding large rebuilds of existing networks.

As I see it now, the HTML5 standard may be as far as a year or more away from being final, but many browsers are already implementing most of the standard now. Since much of the technology to meld HTML5 to SIP already exists we could certainly see another evolution in how users communicate and collaborate on the web. It is definitely becoming an exciting time in the galaxy! What do you think? Do you think the web, with HTML5, will be the future platform for SIP Softphones? 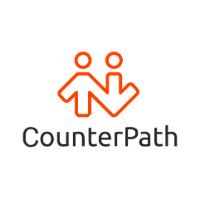