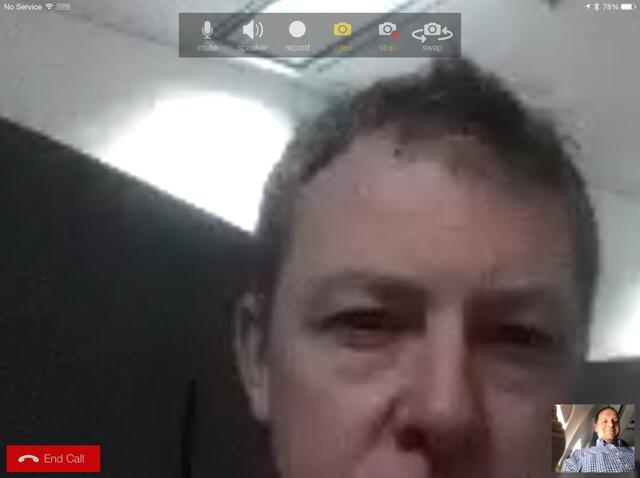 Calling Rob in Vancouver from a plane 35,000 feet in the air.

Many airlines these days are starting to offer Wi-Fi service for free or a small surcharge. That’s great for surfing the Internet, but for those of us hoping to stay connected on our SIP softphones while 35,000 ft in the air, unfortunately they also often block SIP.

But did you know there’s a way around this?

Earlier this week, Todd and I flew from our CounterPath office in Chicago to HQ in Vancouver. Of course, our idea of fun on a flight like that is work for four and ½ hours straight.

We both were on XMPP for IM, presence and chat inside Bria soon after the plane left the ground. When I noticed that our SIP was getting blocked I immediately figured that we needed to prove that it could be done…  I fired up my iPad’s VPN and was soon on SIP and dialed into a few conference calls that I would have otherwise missed that day. After noticing how good the calls were (and bragging to Todd over IM) we setup his laptop to use the same IPSEC VPN service we run and he was soon annoying the occupants of the seats next to him in business class. 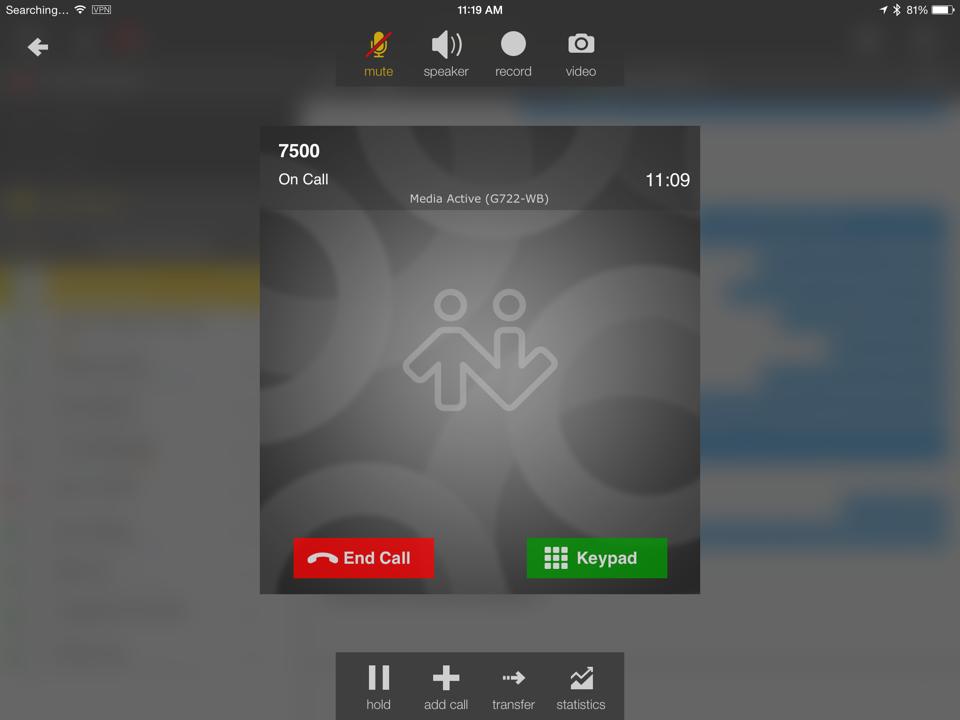 Using the Bria softphone for iPad on a plane to make VoIP calls.

The calls were very good quality and supported wideband codecs like G.722, SILK, and Opus.  Of course Opus (which Bria includes but most other softphone clients do not) works best due packet concealment and variable bitrate (VBR). We did see a call drop, but that was perhaps due to loss of the plane's connection. 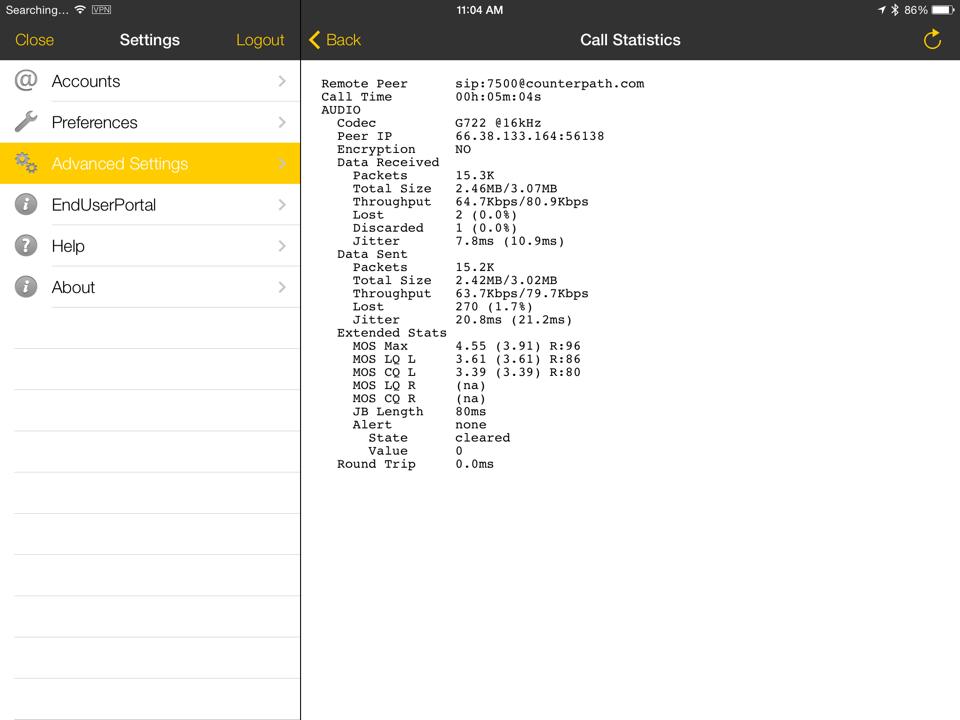 In-call statistics for our VoIP call from an airplane, using the Bria softphone.

After having the success with voice calls we also tried video. We made some test calls with H.264 and they actually looked quite good. We would have also tested with VP8, but 264 is just better and what we had setup as the default. While video did work, the downstream from the plane appeared better than the upstream from the ground. It seems that this might be due to how normal traffic loads the plane's connection (most people pulling content to the plane?). When doing video it seemed that we either maxed out the plane's connection or the per user traffic allocation as the voice quality was degraded when video was added and improved when it was turned back off on the same call.

If you want to try using Bria to make VoIP calls during your next flight, here are some tips:

Learn more about our softphone for business solutions. 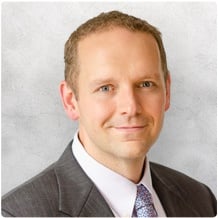 Jim O’Brien is the Vice President of Server Engineering for CounterPath and directs his team in architecting, building and supporting server solutions that work closely with CounterPath softphone applications. Jim designed, launched, and supported wholesale and enterprise VoIP networks for GTE, Genuity, and Level(3). Jim joined CounterPath with the acquisition of BridgePort Networks in 2008.