Due to my involvement in services convergence for the past decade, I receive a lot of questions from prospects, customers, partners, press, analysts and fellow industry colleagues on my take on the topic of convergence (a.k.a. FMC, FMS, Unified Communications, Mobile VoIP). 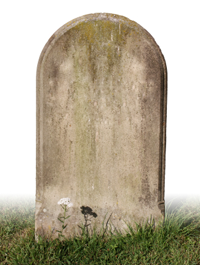 Here it is: Convergence as we knew it over the last decade is dead. The focus was on enabling access layer solutions that (1) combined a single identity across all services, (2) required a peering relationship between disparate networks and (3) a lead application of Voice Call Continuity (VCC). This proved to be nearly impossible and not compelling.  Fixed-line providers had no regulatory support to gain access to Mobile networks.  Mobile operators on the other hand had full-access to fixed-line operators’ networks but really were terrified of cannibalizing their premium service of anytime, anywhere voice, data and messaging. Handsets and mobile clients were not available to enable a complete solution for handover, and most importantly, consumers and businesses were not willing to pay for a convergence solution led with call continuity. It turns out what buyers really wanted was the opportunity to make and receive calls on disparate networks (i.e. not automatic handover between disparate networks). Even more, users simply wanted to have access to their communications anyway, anywhere, anytime -- regardless of what identity.  Yes, this implies multiple identities - something that was sacred to the original definition of FMC. Users will always have multiple identities. The problem for convergence solutions to solve is how to enable the identities across multiple networks and endpoints.

In the past few years I have seen significant changes in the mobile market that has changed the game for convergence and more importantly the competitive state within the Telecommunications sector:

(1) Apple. The Cupertino, CA based company has led the destruction of the mobile wall garden. Before the mobile phone was released, you would have been hard pressed to find any person knowledgeable on the mobile market that would consider the possibility of any non-Mobile Network Operator (MNO) company approving applications for mobile subscribers. Apple now approves all iOS applications that traverse the mobile network. Also Apple changed the revenue take for suppliers into the mobile network. Apple not only enjoys revenue from applications but also get a piece of AT&T service revenue based on the iPhone.  Now Android is scaling the Apple effect to deepen this new mobile ecosystem.

(2) Wireline Operators’ Time is Now. MNOs have opened up their networks a bit to enable competitive services. This includes MobileVoIP, messaging, video and other multimedia applications. This openness was first leveraged by Internet Telephony entrants such as Nimbuzz, Skype, etc. Now we are seeing a significant interest from traditional wireline providers to go "Over the Top" of MNOs to enable fixed-line services.  Gary Kim of IP Carrier Blog wrote an article entitled Should Fixed-Line Providers Go "Over the Top"? in July 2010, which contained some interesting data from Infonetics Research:

"Now that residential voice and Internet services are no longer tied to a physical household, fixe d-line operators can (and should) customize services for individual members of a household and compete on a nationwide basis versus a specific fixed territory,” says Diane Myers, Infonetics Research directing analyst. The decline of traditional fixed-line voice services and the rise of broadband access, video, and mobile data is speeding up, and PC-based mobile broadband subscribers will surpass all other types of Internet access subscribers by 2013. Under such conditions, where some companies compete without regard to geography, firms that remain location-bound will be at a disadvantage, Myers seems to conclude. In 2009, 70 percent of all North American voice subscribers were mobile; by 2014, that number will grow as an increasing number of consumers go mobile-only.

This means every telecommunications provider needs a mobile strategy.

(3) MNOs: To RCS or Not. Meanwhile the MNOs are aligning behind a Rich Communication Suite (RCS) approach (GSMA initiative to create special value around IP Multimedia Subsystems (IMS)), which from my point of view is an overkill product description to deliver services that exist today. In fact the industry analysts do not have much faith in RCS, with Infonetics releasing the following RCS Market Highlight in February 2010:

"By 2011, the second full year of commercial RCS availability, Infonetics forecasts there will be 7.3 million RCS subscribers, mostly in Western Europe and Asia Pacific, with a small but growing number in North America."

The battle ground for the survival of RCS will be in France, Japan and Korea. However, CounterPath will map its product roadmaps to the evolution of RCS if it materializes in a significant way. For now some companies are not waiting. Metaswitch has deployed their own RCS-like service without IMS: Thrutu. Although CounterPath did not build the Thrutu client I would not be surprised if you see a merged version of our MobileVoIP softphones with the Thrutu client based on our announced partnership. Other MNOs are looking to launch something similar without waiting for RCS to take off.  Look for Tier 2 and 3 MNOs to work with companies like CounterPath and Metaswitch, Broadsoft and Genband to make it happen.

So what does this all mean for Convergence today?  Mobile Operator networks will continue to become more open and enable Wireline Operators to offer services over-the-top of the mobile network. This will accelerate with the rollout of 4G in the mobile network as voice calls will be less expensive across the data network than over the traditional circuit-switched network.  Wireline Operators will continue to see Internet Telephony Service Providers (ITSPs) and other Internet communications companies leverage Broadband networks for competitive services. However, Mobile Operators will also start providing applications that extend their services over-the-top of the Wireline Operators' Broadband networks.

So in other words it is becoming the wild, Wild West with all Operators competing on services and not access. The winners are end-users of all types that will receive communications over a seemingly ubiquitous network. 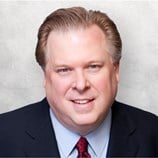 Todd Carothers is the Executive Vice President of Marketing and Products at CounterPath and oversees Product Management and Marketing initiatives. Growing up in Silicon Valley and having witnessed the technical marvels coming out of Xerox PARC (where his dad was a patent attorney) Todd developed a deep passion for the high-tech industry. With a particular interest in Internet and mobile applications, Todd eventually found himself within the massive Telecommunications sector and companies that were on the leading edge of new services that added significant value to operators worldwide.